In 1995, Dilwale Dulhaniya Le Jayege made by Aditya Chopra. Shah Rukh Khan and Kajol was the lead actor in the movie. the movie went on to become one of the most iconic films of Bollywood. Now, Aditya Chopra is all set to make his Broadway debut as director with its musical version. which is titled as Come Fall in Love – The DDLJ Musical. The musical is set for a world premiere at the Old Globe Theatre in San Diego in September 2022.

Recently, Kajol celebrated 26 years of Dilwale Dulhaniya Le Jayege. Sharing the details of Aditya Chopra’s Broadway debut Come Fall in Love – The DDLJ Musical, the official page of his production house. Yash Raj Films, wrote, #AdityaChopra will mark his debut as a director on Broadway as he is set to direct #DilwaleDulhaniaLeJayenge again after 26 years! it is opening on Broadway in 2022 and is being produced by #YashRajFilms (sic). 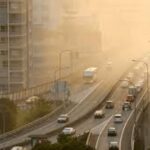