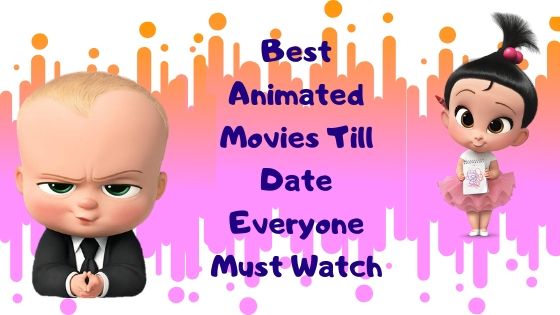 Why we watch Animated Movies?

Our brain releases endorphins which have much greater effects than to release stress. When you watch animation movies you do not laugh at someone, you laugh with them. That’s as good as it gets.

Here are a list of Best Animated Movies till date everyone must watch if not watched yet. So Let’s have a look upon the list:

In this animated feature by noted Japanese director Hayao Miyazaki, 10-year-old Chihiro and her parents stumble upon a seemingly abandoned amusement park. After her mother and father are turned into giant pigs, She meets the mysterious Haku, who explains that the park is a resort for supernatural beings who need a break from their time spent in the earthly realm, and that she must work there to free herself and her parents.

Sophie has an uneventful life at her late father’s hat shop, but all that changes when she befriends wizard Howl, who lives in a magical flying castle. However, the evil Witch of Waste takes issue with their budding relationship and casts a spell on young Sophie, which ages her prematurely. Now Howl must use all his magical talents to battle the jealous hag and return Sophie to her former youth and beauty.

After his son gets abducted in the Great Barrier Reef and is dispatched to Sydney, a meek clown fish(Marlin) embarks on a journey to bring back him home.

After proving himself to be the worst postman at the academy, a postman is posted to a frozen town in the North where he discovers Santa Claus is hiding out. Then he Santa Claus to make toys for the town’s children.

Judy Hopps and Nick Wilde team up to uncover the mystery behind fourteen missing predators. They end up finding out that the conspiracy is larger than it seems.

Moana, daughter of chief Tui, embarks on a journey to return the heart of goddess Te Fitti from Maui, a demigod, after the plants and the fish on her island start dying due to a blight.

Remy, a rat, aspires to become a renowned French chef. He doesn’t realize that people despise rodents and will never enjoy a meal cooked by him.

When Pitch, an evil spirit, returns to planet Earth to assault children and take over the world. A group of immortal guardians with extraordinary abilities join forces to protect the world from the Evil Spirit

Miguel pursues his love for singing in spite of his family’s ban on music. He stumbles into the Land of the Dead, where he learns about his great-great-grandfather who was a legendary singer.

Carl, an old widower, goes off on an adventure in his flying house in search of Paradise Falls, his wife’s dream destination.

So, what are you waiting for? just watch and enjoy. Don’t forget to leave your valuable comment, how did you like these movies!!! 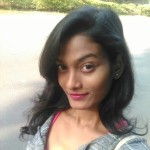 11 thoughts on “Best Animated Movies Till Date Everyone Must Watch” 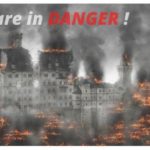