Yesterday, a SpiceJet cargo plane flying to China returned to Kolkata after its weather radar stopped working. It was the eighth incident of technical malfunction on a SpiceJet aircraft in the last 18 days.

An unusually high number of incidents involving SpiceJet aircraft has prompted the aviation regulator to seek an explanation from the airline. The Directorate General of Civil Aviation, or DGCA, has pointed out big gaps in how the airline is functioning, from issues that point at “poor internal safety oversight” to vendors not being paid on time, leading to a shortage of spare parts for the SpiceJet fleet.

It has been observed that on a number of occasions, the aircraft either turned back to its originating station or continued landing at the destination with degraded safety margins,” the DGCA said in the notice.

Civil Aviation Minister Jyotiraditya M Scindia also tweeted a copy of the DGCA notice. “Passenger safety is paramount. Even the smallest error hindering safety will be thoroughly investigated and course-corrected,” he said. 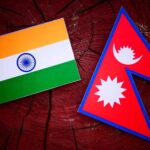