Believe it or not, at 56 Tom Cruise is one of the fittest actor in Hollywood, Famed with Kick ass agent named Ethan Hunt. The trailer of the fallout had already created a hot buzz in the market. The most realistic part of the latest installment of the mission Impossible are the real stunts done by Tom cruise. The actions were so astonishing that it had Nerves of the audience.  He jumped out of a plane at 25,000 feet to put more life to the movie.

The excitement became double when the hot buzz came of Henry Cavil aka Superman joining the team of Fallout. His new look with ravishing mustache was most liked by his fan. Henry managed to give a tough stand to Tom in this movie, though he has a bit less scenes as compared to Tom. The duo actor was spotted spending much time in shoot and understanding the complexity of the fight scenes. When asked from Cavil about his most favorite scenes in the movie, he replied” the best scene was having the face to face serious conversations with Tom” and fighting scenes in the restroom. Who knows Henry someday could be offered to lead mission Impossible after the retirement of Tome cruise!

Ethan hunt’s squad Simon Pegg, Rebecca Ferguson, Jeremmy Renner and Ving Rhames remained the original cast and were well personified in the movie. The Gorgeous Rebecca Ferguson looked outstanding in all her scenes and has performed many major stunts in the movie. The Heartthrob has stolen major attentions of Indian fans and has the huge fan following from people all around the world. The chemistry between Tom and Rebecca was also one of the best part to be seen in the movie. There will be some setbacks for the audience in Indian screen, as there will be some few cuts but, needn’t worry because all the best scenes are still present and will carry the movie to its best. 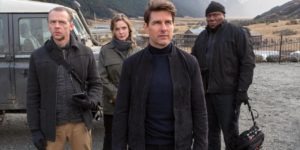 Tom cruise has been quite excited about the movie at the premier in LA. People couldn’t stop appreciating the energy and effort of the charming actor. Fallout is going to be release on 26th upcoming Friday in India. Tom Cruise has not just proved that age is just a number but also showed the world that “risk taking is an important factor in an actor’s life to reach the heart of the audience. 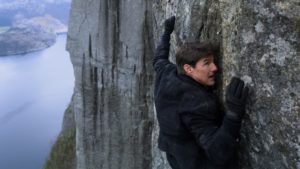 As per the predictions, It is said that after Avengers, Fallout is going to be Highest earning gross Hollywood movie of the 2018. The numbers from Overseas are Proving the predictions out to be righteous. Well, who cares about the income? The Point is the Fallout is going to be the most entertaining movie of this year and is hitting the screen on Friday. 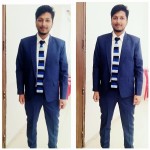 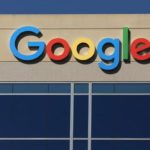 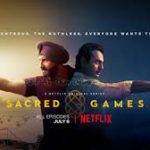